At the end of September, my husband and I celebrated our 2 year wedding anniversary, and it’s been our custom since our honeymoon to celebrate this awesome moment in our lives with travel!  Traveling is something we love to do more than almost anything else; we both spent time studying abroad in college (Scotland, Ireland, and Brazil), have backpacked through Europe (Doug for 2 straight months!), and have an ever-growing list of places we want to see together.  On that list are definitely several places in Canada, and when we realized that Montreal was a short 7-hour drive from home, we decided to make that part I of our anniversary trip!

Montreal is in the province of Quebec, and is therefore a French-speaking city.  It is more of a working town than Quebec City, but the main tourist draw is Vieux (Old) Montreal.  True to its name, this section of Montreal features quaint stone structures that have maintained their original architecture, as opposed to the towering skyscrapers we are used to seeing in North American cities.  Even better, it sits on the River Saint-Laurent (and if you’ve checked out my post on Milwaukee you know how I love river walks!) 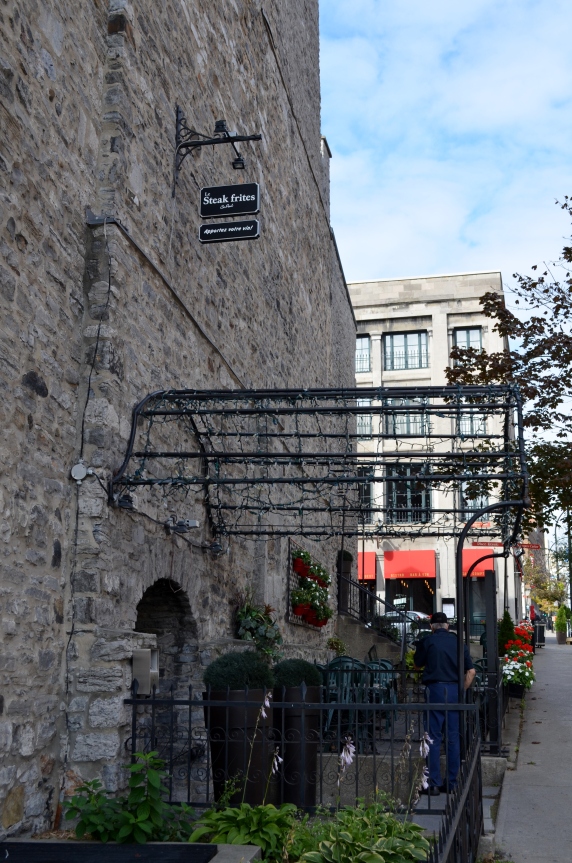 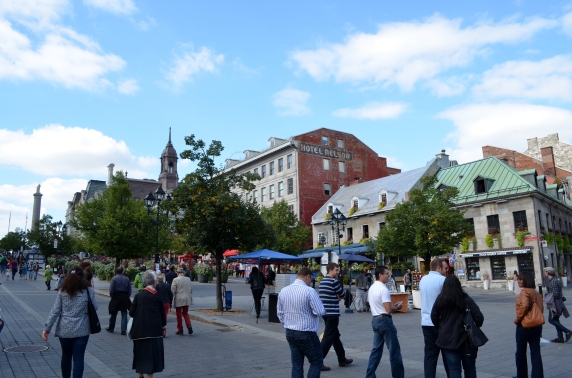 Another major feature of the city is the underground city, the RESO.  Yup.  Underground.  Sci-fi novel implications aside, Montreal boasts about 20 miles of tunnel that connect shops, banks, museums, businesses, and restaurants.  While not all of them are actually subterranean, they are all connected, and you don’t have to step outside to get from one section of the RESO to the other.  Pretty awesome for a city that regularly experiences sub-zero temperatures in the winter.  Doug and I had a blast meandering around in the RESO, checking out shops, trying to find our way from one side of Montreal to the other without setting foot outside.  You could literally spend a weekend down there if you wanted to. 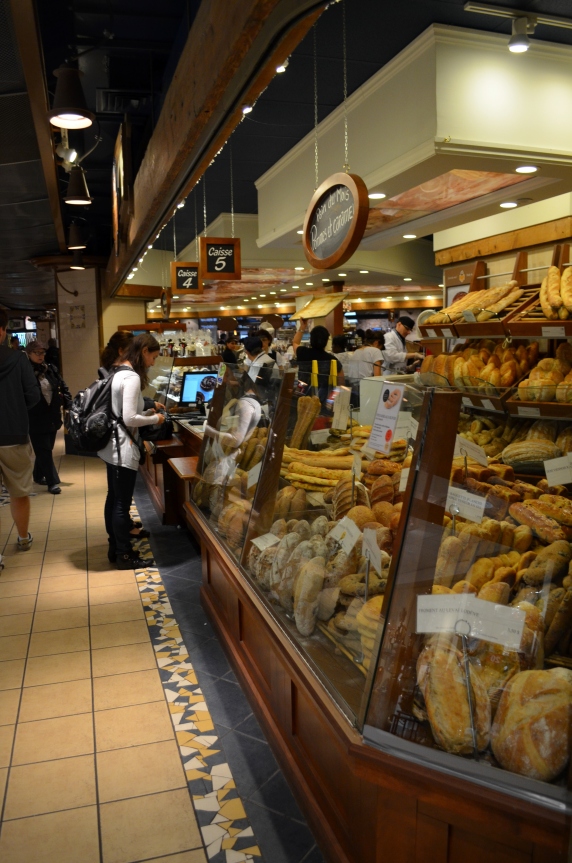 Unlike what an underground city would look like if it existed in Philadelphia (gross, scary, dirty, etc.) the RESO is extremely clean, well-maintained, and lots of the tunnels are lined with artwork.  It really is unlike anything else, and is one of the largest subterranean cities in the world.

Obviously, eating is a large part of our experiences when we travel and we also splurge a bit for our anniversary trips.  We had a fantastic anniversary dinner at Les Deux Gamins, a top rated restaurant for French bistro food, where we enjoyed crusty bread, a bottle of sauvignon blanc, escargots, steak frites, and duck confit.  It was a feast, in an adorably quaint part of town. 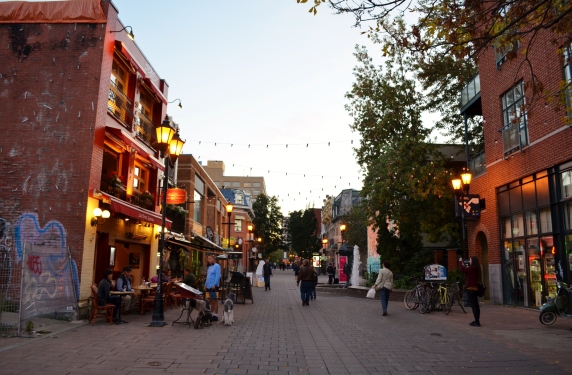 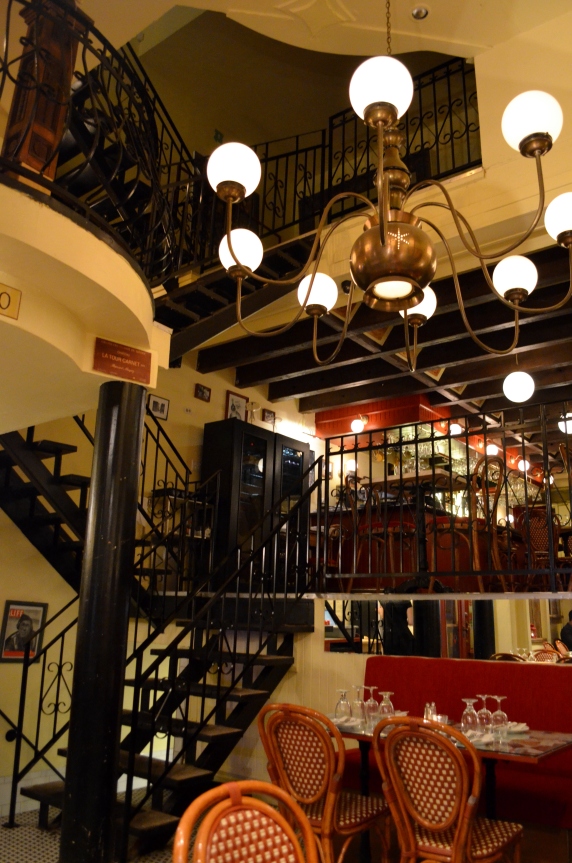 We basically sought out similar French fare throughout our entire trip.  When in Montreal, right?  Crepes at Muru Crepe are a must, the selection is wonderful! I was dumb and got a croque madame, which was still good, but crepes are where it’s at.  And we of course HAD to get poutine.  If you don’t know what this is….oh boy.  It’s French fries smothered in gravy and cheese curds.  You’re drooling, right? 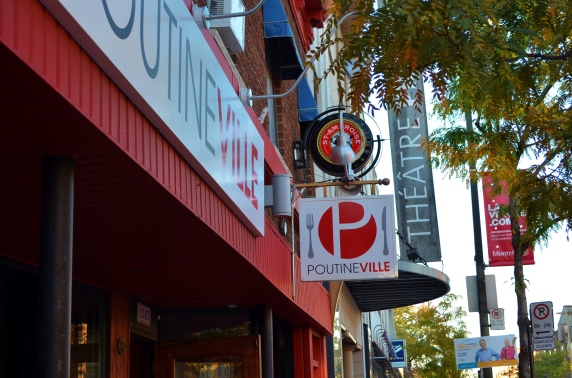 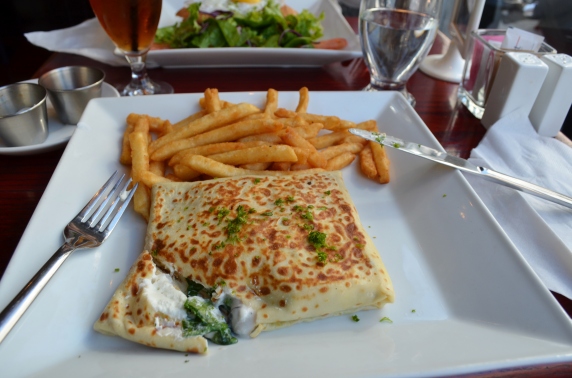 We were a little obsessed with the awesome Palais des Congres, which was almost across the street from our hotel.  I mean, check this place out! 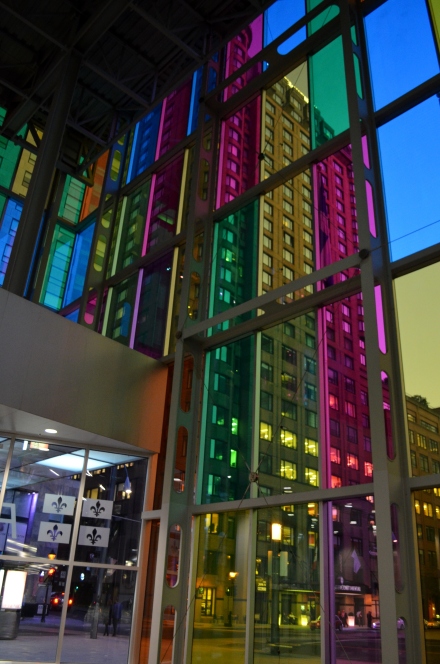 And speaking of where we stayed, Le Westin was awesome, and I’d highly recommend it.  It’s a short walk to Vieux Montreal, but it’s not right in it, so it’s way cheaper (you could pay 300-400 a night to stay in Vieux Montreal…) 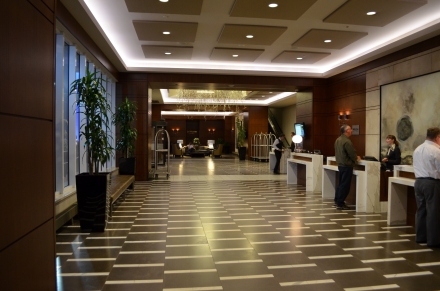 Most of our time in Montreal was spent wandering, picture-taking, unsuccessfully locating the Montreal West Elm, and (on my part) growing more and more bold as I hauled out my rusty French vocabulary.  We spent 2 nights there before driving about 2 hours north to spend the rest of our trip in the beautiful mountains.  Stay tuned for that later on! 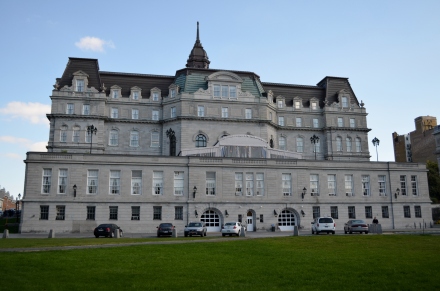 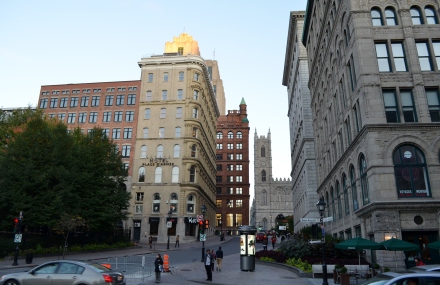 p.s. sorry for the little size of the pictures, we are working on finding a way around this, but you can click to enlarge!